I grew up on the outskirts of a country town in NSW, and spent my younger years mucking about on farms, which, for me, was akin to seventh heaven. This is probably why I’ve tried to create something a touch farm-like in my urban backyard, but it’s only ever an approximation of the wonders of a farm. Some mornings, ‘though, standing on the back step when the neighbour’s chook is broody, and if I squint my eyes just a bit … No, about the closest I get to a real farm these days is chatting to real farmers. In the post below, Andrew Lang, one of my farming friends, writes about food production on a paddock-sized scale.

There’s been lots of talk about urban food production and of the battles urban gardeners face, against ‘woolly bottom’ and other such pests. And okay, okay, it’s about the fruit and vegetable product, and feasting on homegrown food, and the preparation of preserved treasures, getting dirt under the nails, and the intense fulfillment of it all …

And I totally accept all this, having been kitchen sidekick in the late 1950s and 60s to a mother who had me greasing eggs with ‘Keep-it’, and putting lids on jars of bottled pears, and plucking decapitated chooks, and getting chivvied away from the radio serials after I got back home on the school bus, to go out and get a lemon, or a sprig of parsley, or a bunch of chives, to add some final touch to dinner.

In a recent post, Sophie talked about the threat of coal seam gas (CSG) mining and the need to appreciate Australian farmers and the volumes of foodstuffs we produce. So I thought I’d put in a few words on food production, other than that coming out of backyard gardens. I’m talking specifically about our property in Victoria’s Western District, but all around us, across all of temperate Australia every year, the same thing is happening – on 130,000 or so farms covering many tens of millions of hectares (over 10 million ha in Victoria alone). 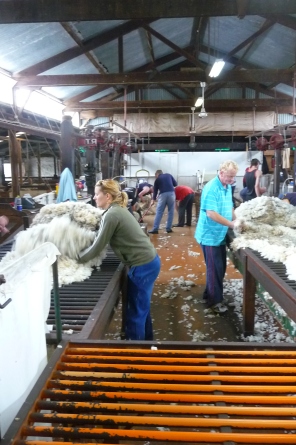 Within four weeks, all going well, nearly 80 tonnes of greasy wool will be in bales to go off somewhere foreign (Australia, the world’s largest wool producer, processes very little of it onshore anymore) to finally end up as classy woven fabrics in the latest colours, although possibly mainly as black suiting for Chinese businessmen.

In January next year, nearly one fifth of these shorn sheep – the five to six-year-olds and the culls – will be sold in an annual offshears circuit sale. Some will go directly to the meatworks; perhaps half will be ewes bought by other farmers to keep for a few years, for breeding Border Leicester cross lambs; and some lucky wethers will live a few more years for another cut or two of their fine wool and to graze stubbles. It is remarkable how many farmers in Australia are no longer running a self-replacing sheep flock, and who now buy and sell their sheep flocks in this way. 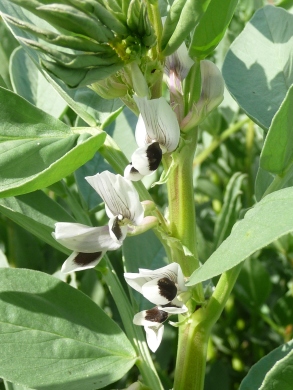 In a paddock half a kilometre away from where I write, about 50 hectares of faba beans are looking really good, and I’ll walk up to get a photo in a minute. They’re still flowering at the top of the stalk and have big, soft, and very edible beans (identical to broad beans) at the bottom (although I see they’ve recently been sprayed, so I might not actually eat any until I find out with what).

Some time back our faba beans went off as part of a supply contract to the Egyptian army, which must go through an awful lot of beans. But here, with beans and other pulses, there is a major struggle against black spot and other fungus problems that usually result in the paddock looking pretty shocking. This is not what you want, particularly when it’s visible and all your neighbours can sneer at it.

Between here and the shearing shed is a big paddock of barley in full ear with the seed filling perfectly at present (see feature image), and the whole sloping paddock is starting to turn from hairy emerald to a lovely shade of grey-green.

Last year there was canola in this paddock, and it yielded about 2.5 tonne/ha of seed with about 43% oil content (and that’s a good thing). Overall, our canola harvest of about 760 tonne last year sold at about $500/tonne and went off around the world to become around 330 tonne of oil for cooking, margarine, or used in biodiesel.

Our rotation of about 1000 ha of crop goes like this, year by year, and canola is never in the same place two years running; two cereal crops (usually barley and either white or red wheat) will follow each other in between. About half the farm is under crops and the other half under grass for sheep, with perhaps 10% under trees and a bit that is holding up roads, sheds, dams and houses.

I’d like to think that, in autumn each year, farmers across the south west of Victoria say, “Well kids, I think this year we’ll put in canola at the bend in the highway for a blast of chrome yellow. And here, in this paddock, around the bend, maybe the lupins – sometimes white, sometimes blue, or even pink – to hit the passing motorists just when they’ve started to recover from the sensory overload of the canola. That will have to please the aesthetic sense of all those driving down to Port Fairy or Warnambool. Parents passing our farm will say ‘Look kids! Look at those lovely colours on the paddocks’.”

But in reality the kids will probably say, “Ugh” or “Whatever, Dad”, while not taking their eyes off the DVD players in the back of the seats of the 4WD, or off the latest SMS on their iPhone.

All that aside, last year we sold off this place (or, as we like to say, ‘put into the world economy’) about 760 tonne of canola, 650 tonne of white wheat graded as ‘Australian Standard White’ (i.e. suited to milling for bread making but not for pasta making), and 1574 tonne of barley all graded as ‘Malting’. This will go into beer production or for other food production options (Whiskey? Saunders Malt Extract?). Plus, as well as the wool, we sold 3600 sheep, which will end up, one way or another, as food for carnivores, including people, and possibly also for some crows and foxes.

We kept some of the feed wheat, a bit of feed grade barley, and some oats we’d grown for both winter feed and feed grain. We also baled up some hay in rolls and also some straw for winter feed for sheep. This kind of farming, with a mix of sheep and cropping enterprises, is all about balancing land, feed quality and mouths. After harvest, the sheep are rotated around the crop paddocks to pick up any dropped seed or newly germinated seedlings following the summer rains. Also, the stubbles have some feed value initially. Then we have to feed out some stored grain and hay. Sometimes the difference between a year’s profit or loss is just how much of the latter you have to do, and if you have to buy extra feed in.

Here, by no stretch of the imagination, are we able to pretend that we are organic farmers, though actually our sympathies lie that way, and we are deeply into land care and native grasses and legless lizards, not shooting ducks, and being as nice as humanly possible to possums, etc.

But we know a different style of farming is possible, as down the road a bit there is a bloke who is a certified organic farmer on a fairly large scale. He sells his oats and other cereals to Uncle Tobys at a far higher price per tonne than we can get (maybe double or triple) and his machinery and equipment is all large scale. It’s not as if he’s using a sickle and a sled pulled by buffaloes.

We look at this example and think. We look at our large boomspray, costing over $100,000, and at the empty containers of various noxious and expensive chemicals, and we think. I know that, through the use of different systems and approaches, on this same area of land it would be possible to produce the same amount of food, or more, by a less chemical-reliant process, and even at the same time potentially have hundreds of people living here in some self-sustaining community.

In theory, this could happen, while still having a lighter impact on the land, although the ducks, reptiles, small mammals, birds and grey kangaroos presently living here might find it a bit touch-and-go. Though, in a year, or series of years, of drought, this whole option would rapidly collapse.

For energy production, while we are close to carbon neutral due to the area of our farm forestry plantings, I know that equipment is already available off-the-shelf that could turn our excess spring flush of grass into biogas and then electricity, (plus producing residues that are useful as fertiliser), and our plantation thinnings and harvest residues into heat and electricity. We would have no trouble generating enough electricity from all this biomass to supply 1000 or more electricity-dependent households.

It is all a matter of wise people (including The Australian Greens hierarchy) becoming more educated, understanding the technologies and issues, and fostering these options. Many, including myself, would say that we are in a race against time in terms of climate change. That aside, it would be fascinating to know how this area of land is treated and managed in 50 or 100 years time. And I’d be devastated to know that by then the place would be covered in CSG pipelines and wells, when it is clear there are many far more sustainable options for energy production from agri-biomass that we should be developing right now in Australia, in line with most of the rest of the world. 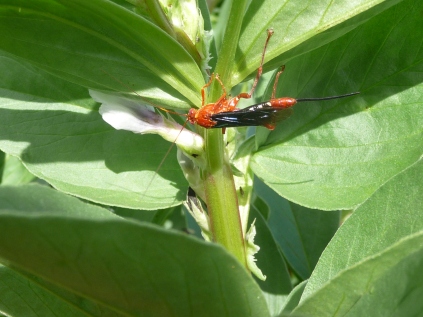