A final missive from Austria, in which Andrew Lang reports on the last few days of his bioenergy tour of northern Europe, the experience of finding himself in the midst of the Austrian elections, and chats to some locals about this and that … 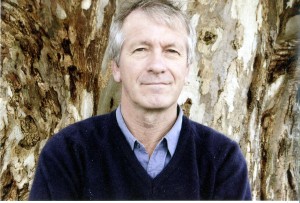 11th September 2013: I have had to move into the Hotel Wolfinger this morning, which has been in the market square of Linz for 350 years. While moving there from the International Hostel I got talking with a woman at the bus stop, who was intrigued that I was taking photos of some of the election material that was near the stop.

One thing led to another and she gave me the quick rundown on the parties. There are the Greens, who want to be nice to everyone and here, amusingly, are fully in favour of bioenergy. There are the NEOS, who are painting themselves as the new alternative to the two old established parties. One party’s poster just says ‘Now Frank’, and has an enormous head shot of Frank looking weathered but stern, with a good head of silver hair. Another (the FPO) says things like ‘deport asylum cheats’, and ‘no money for the bankrupt European states’. There is another party (the modern middle) that promises anodyne things like ‘a reduced public service and more jobs’. The poster for the OVP [the Austrian People’s Party] says ‘Wilkommen Zukunft’, whatever ‘zukunft’ is. [Editor’s note: it means ‘the future’.]

The woman at the bus stop said that the two main parties had been in some sort of coalition forever and, under their guidance, Austria had become rich and were exporting manufactured goods worldwide. One of the current leaders is the sort of person that middle-aged, middle-class ladies might vote for – a deeply tanned handsome 55-ish man – silver hair, kindly with wise brown eyes, mouth turned up a tiny bit at the corners (amazing what you can do with Photoshop). His slogan is ‘Keep Austria in safe hands’ and, in an appeal to his main base, ‘With a sure hand for pensioners’.

Anyway, we moved on from discussion of the election and it turned out her daughter was travelling for six months and had been in Australia, and was now in India and heading for South America. While the mother was worried about her daughter’s safety, she herself had always wanted to travel and had not worried about it being dangerous in any way and so she knew it was illogical to be too concerned for her daughter. I am in the same boat, with my own daughter in transit through Scandinavia heading for the UK (and complaining that the hostels are half full of Australians), having somehow got through the former Balkan countries apparently unscathed.

So, today this biomass heating seminar was filled with a series of talks in the morning and visits to three sites in the afternoon, topped off with a flash dinner in an enormous monastery. I wound up sitting with the three Roumanian men and, as luck would have it, Simona, the waitress, was Roumanian (though she also spoke Italian, German and some English), and was dark with a happy personality. So we got into the monastery red wine at a far better rate than all the others, and I learned quite a lot about their part of Roumania. 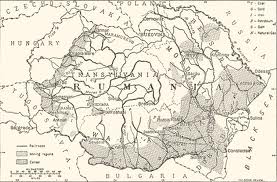 I am now formally invited to visit for a bioenergy trip and to provide some input into how they go about setting up a small combined heat and power (CHP) plant in their region. The region is 33% mountains, 33% hills – half forest and half vineyards (sounds promising – Bogdan, their leader, said ‘it is strong, like Hungarian Tokaji‘), and 33% valley bottoms with arable cropping and general agriculture.

Coincidentally, I am also invited by the Italian couple attending this seminar to visit the Siena region of Tuscany to see how things are done there, and maybe to put in my two bob’s worth on woodchip-to-energy and issues of fitting pellet heaters into old Italian farm houses.

13th September 2013: Two days later and I’m in Vienna airport about to leave on the long trip back via Helsinki (don’t ask) and Singapore. So, a few final comments …

For my ears, now, the constant German language is normal and I am able to concentrate on the other trivia. Such as black being the preferred colour for cars, and the obscenely high percentage of these that are BMW, Audi, Mercedes and top-end VWs. Like the high number of lingerie shops in the main street of Linz (I am talking the lacy scanty type – maybe there is something I am missing here in my analysis of the Austrian personality), matched in number by the high-end clothing and shoe shops, and jewellery and wrist watch shops, and only surpassed by the bakeries and pastry shops. 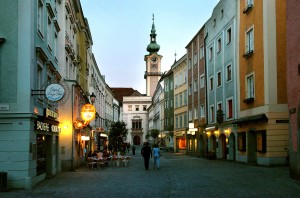 … And the fact that people take dogs everywhere, including onto trains and walking around with them in airports. A lot of these are quite big dogs and clearly well trained, but this is a nation of apartment dwellers in cities. In light of this, there is no dog shit in the streets or parks and obviously dogs and owners are superbly trained.

So, in summary of the biomass heating seminar, it confirms that Australia is a long way behind in developing in this area (but on the upside, all this highly developed equipment is available off-the-shelf). Interestingly, most of the companies we have visited export between 80-95% of their production, and are family-owned and only mid-size (about 250-350 employees). Design and manufacture quality and constant R&D are the key in all this.

The company ÖkoFEN, where we spent yesterday afternoon, was a classic example. It is the number-one supplier of pellet heaters within the EU15 countries and probably also in Austria. It is family-owned with 250 employees and exports 83% of its product to over 20 countries.

The factory is in the middle of a rural area between two tiny towns, near the farm where Herbert Ortner started building chip-fuelled heaters in the early 1980s (at that time, pellets didn’t exist). It was Herbert who gave us the main overview of the company and industry, and his son, the 30-year old managing director, who took us through the R&D facility. The ÖkoFEN heaters lead in the introduction of a number of innovations, including a model that generates 1kW of electricity while the heater is running. Some models can also be linked into a solar hot water collector with the switching between solar and biomass managed by an inbuilt computer program.

On that note, Auf Wiedersehen, from Andrew in Austria.

The Buzz would like to be part of a conversation on the need to utilise biomass and bioenergy in Australia, so please contribute your thoughts via comments or by using the form here. Andrew Lang can also be contacted via The Buzz or on LinkedIn.